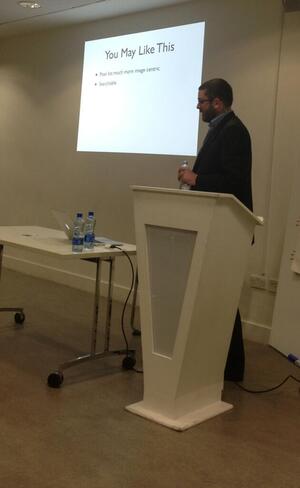 [Karl at the Science Gallery in March last year]

The figures for Broadsheet in 2013 have been ‘totted up’.

iOS still accounts for 2/3rds of the mobile browser traffic to the site and Android taking most of the rest. The big winner though is Windows Phone from which pageviews exploded by 648% (for a total of 2.4% of the mobile traffic).

This year saw the release of an updated iOS app as well as new Android and Windows Phone apps. There were 8,522 downloads on iOS (for about 30K total) and 4,654 on Android. From that, there’s between 2,500 and 3,000 active users a day producing 2.5 million sessions and 15 million screen views between them. It very much seems like people dip in and out of the apps a few times a day.