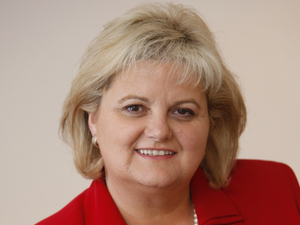 She said no no no.

“The most important thing is that the remunerations of all senior staff are independently done by professional people who know what they’re doing and can evaluate it properly, so I don’t wish to comment on anybody’s salary other than say that that should be done and should be transparent.”
When she was pressed by [RTE R1 Morning Ireland] host Gavin Jennings, she refused to confirm whether she still earned €234,000 [Ms kerins replied] “I have declared my salary on a number of occasions already.”

Rehab CEO Angela Kerins calls for transparency in charity salaries – but refuses to clarify her own (Independent.ie)

It Could Be You