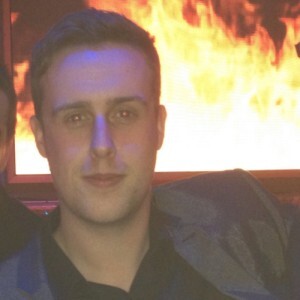 I never thought my mental health was that bad – even when I was placed in a locked ward as psych staff took my belt, shoe strings and lighter.

Even the cold thud of a dead lock clicking into place as I watched my family tearfully walking out of my hospital room couldn’t open my eyes to the reality.
But there it was in all its painful glory.

When friends came to visit me I would smile and crack a joke pretending to be oblivious to the fact I was surrounded by some of the sickest people I had ever met – and I was one of them.
It would be months later that my friends told me I was speaking complete gibberish to them.
It was only then that I copped something wasn’t really right.
In a strange way, it validated me. I was confused as to why I was put in that hospital. I knew deep down there was something seriously wrong with me but I couldn’t accept it.

But back to the now. I’m writing this as someone who is ill. I’m not looking for sympathy, it’s just something which needs to be out there, that it’s ok to tell the world you’re not ok.
I’m not going to work tomorrow, I’m going to see a counsellor. I’m going to beat this little prick in my head who’s trying to tell me I’m not good enough.

There will be many of you out there who don’t understand how it feels to go through something like this. That’s not to sound high and mighty or what not, it is what it is.
But then again there are those who will know exactly the excruciating pain I’m feeling right now.

There’s one way I can think of explaining it.

Imagine having a negative thought about yourself, be it your appearance, intelligence, whatever.
Now imagine it sticking with you all through the day pounding you every chance it gets. It’s relentless in its ferocity, its cruelty. You can’t think of anything else.

It tells you you’re worthless, it mocks every positive thought you try and retaliate with, it shoots down any thought of getting better. And you can’t get rid of it.

So, in my case, I drank. I drank to try and rid myself of the constant waves of negativity crashing over me, washing out the good of the day.
But then that will stop working and you’ll be left drunk and alone, hating yourself even more.
The day I tried to kill myself in April 2011, I found myself in the corner of my room with a bottle of whiskey balling my eyes out.
I began drinking socially again after six months off it. I drank not because I wanted to forget but because I enjoyed it.

But now I’m doing it for the same old reasons. The most important thing is that I’ve caught it in time.

The recent Donal Walsh documentary on RTE opened people up to talking about mental health.
Here was a terminally ill young man telling people to cop on and not take your own life.
To be honest, it infuriated me.

Suicidal ideation, to many, is a terminal illness and something which can’t be fought with medication.
If you’re set on taking your life, then you’re going to do it. But there are support structures out there designed to pull you from the brink It’s in no way black and white.

You don’t see how much you’re loved, you don’t see the pain and hardship it would cause your family.
Even now I’m racked with guilt over my own attempt. My mum is a shell of the woman she was, constantly worrying about me.

My sister thinks I’m too ill to live a regular life and my friends are now texting me after a night out telling me ‘to ring when I get in’.
Everybody’s worried about me – and I guess they’re right to.
The stigma of mental health in Irish society may be loosening its grip, but the guilt of having tried it will always remain.
I don’t want to be known as ‘that guy who tried to kill himself’.

In fact I’m that funny, intelligent and caring guy who actually wants to know how you’re doing.
There’s a part me that wants to just delete this entire message and go to work tomorrow and pretend everything is ok.

But I’m sick of living a half life, one that’s just going to knock me on my arse as I try and plough ahead.
So this is a moment for me to take stock, lay a solid foundation, take a breather and then move forward once again.
This is not a cry for help, it’s more of a success story. I’ve spotted the danger signs and I’m fighting back.
I’m not going to let this darkness define me and let it win. I’m stronger than that.
So for anyone out there who’s thinking similar things, I’m pleading with you to tell someone; family, friends, the Samaritans.
This is because I’m one of the lucky ones, I’ve survived suicide. You only get one go around.

To be honest, I’m feeling a hell of a lot better after writing this.

It’s okay not to be okay (Gareth McNamee, ThereIsPowerInSpeakingOut)