Via The Iona Institute

“ON Saturday Night Live (sic) last weekend, presenter Brendan O’Connor read out an apology to Breda O’Brien, The Iona Institute, and writer and broadcaster John Waters after a guest a fortnight before had accused all of the aforementioned parties of being ‘homophobic’.

RTE has also agreed to pay damages to the injured parties.

The apology read: “On the Saturday Night Show on the 11th of January last, comments were made by a guest suggesting that the journalist and broadcaster John Waters, Breda O’Brien and some members of the Iona Institute are homophobic. These are not the views of RTÉ, and we would like to apologise for any upset or distress caused to the individuals named or identified. It is an important part of democratic debate that people must be able to hold dissenting views on controversial issues.”

We might add that it is also a very important part of democratic debate that individuals do not constantly have their motives and intentions called into question.

Accusations of ‘homophobia’, which are made with great regularity in the debate about same-sex marriage and adoption, are precisely an attempt to demonise and impute the worst of motives to those who believe that marriage is the sexual and emotional union of a man and a woman by definition, and that children deserve the love of both a mother and a father whenever possible.

The accusations are an attempt to bring the debate to an end.

It is similar to what sometimes happens in the abortion debate when extremists on both sides attribute nothing but the worst possible motives to their opponents.

It should be noted that no-one can ever point to a quote from The Iona Institute that can be any stretch be called genuinely abusive or ‘homophobic’.

The problem is that merely believing that marriage is the sexual union of a man and a woman, and that children deserve the love of both a mother and a father whenever possible is automatically deemed to be ‘homophobic’ by those wishing to close down this debate.

Apart from accusations of ‘homophobia’, The Iona Institute also receives abusive and even threatening phone calls and emails from those opposed to our point of view.

Yesterday, for example, we received an email which said: ‘Please, if you are reading this, kill yourself.”

The email added: “I will put it to you this way, if I had met anyone from your institute I would not think twice about kicking their f**king face in.”

During the various national debates on abortion there are always calls for a ‘calm and reasonable’ debate.

We must also have a calm and reasonable debate about same-sex marriage and adoption.

The RTE apology is an extremely valuable and important contribution to having such a debate.” 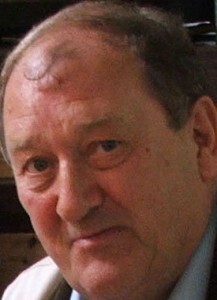 The Cabinet has approved the appointment of former Irish Times journalist Séamus Martin to the board of the Broadcasting Authority of Ireland.