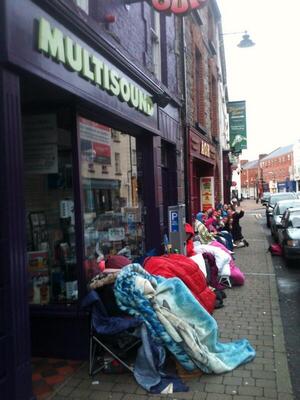 First, it was Dungannon on Sunday morning.

Around 50 Garth Brooks fans have gathered on Foyle St in Derry for tickets that go on sale tomorrow morning at 9am. pic.twitter.com/cQ7PD2kiZT

Queue for Garth Brooks tickets already outside Merchants Quay in Cork this morning. Hope those lunatics have thermal underwear… 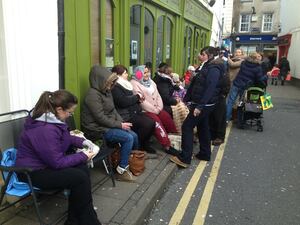 Via The Clare People

Previously: I Could Have Missed The Rain But I’d Have Had To Miss The Dance

This Note’s Lost On You