Would you vote for Kenny Egan in the local elections in May?

“Enda Kenny paid tribute to [Kenny Egan], who he described as “an outstanding athlete and ambassador for Ireland.”

“It is not concluded yet, but the party is talking to him,” Mr Kenny said.” 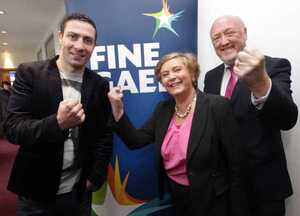 The Egan Has Landed