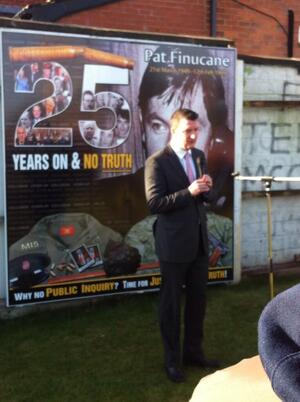 John Finucane says the fight for a full public inquiry into his father’s death will continue pic.twitter.com/C7Ckg0w0bF

John Finucane, son of murdered solicitor Pat Finucane speaking at a mural unveiled at the former site of Andersonstown Barracks, Belfast marking the 25th anniversary of his death.

Pat Finucane killing: Why murder of lawyer is a death that never went away (Brian Rowan, Belfast Telegraph)

Anything Good In The Andytown News?