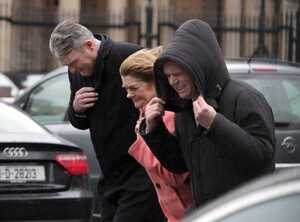 [GSOC]’s Simon O’Brien says the Commission investigated possible bugging under a legal clause that allows it to investigate possible offences by members of the Gardaí. However, he says he personally decided not to report the suspicions to the Minister for Justice Alan Shatter, because he did not want to suggest that Gardaí had organised the surveillance of the office. However he is clear that he believes the office was targeted.

GSOC head: We may have been under some form of surveillance (BreakingNews)

‘Agents Of This State Or Other Rogue Elements’