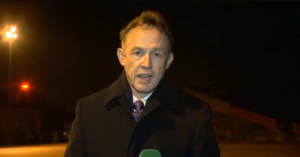 “Yeah, I mean, in fairness to the journalist John Mooney, he broke this story, he got a scoop, he did his job, and he published it in the public interest. But it has caused a major problem for the Ombudsman. Because Simon O’Brien knows that he has a major security problem in GSOC, he has at least one mole and possibly more than one mole leaking secret information and details, possibly documents, in an organisation that holds highly secret and confidential information, and it’s been going on for almost a year. And GSOC still doesn’t know if it was under electronic surveillance. And if it was, by whom?” 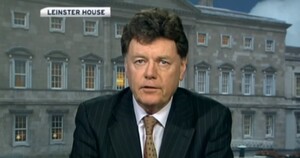 “The original newspaper story that sparked this controversy was pretty accurate in its detail, in that it mentioned wi-fi networks, conference phonecalls and so on but it also went on to cite unnamed sources, saying that there was ‘government-level technology involved’. Well, obviously, there doesn’t appear to have been and that raises the question of who leaked the information and, to borrow a phrase from a couple of years ago, who sexed up this particular dossier? And then there’s the question of not telling the minister, understandable perhaps at the time but scarcely credible now that the whole controversy seems to have been nothing more than something of a bottle of smoke.”

From today’s Indo. Ever get the feeling some people want the #gsoc spying scandal to disappear ASAP? pic.twitter.com/OfuDRO7PdE