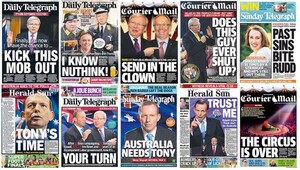 [Front pages of Rupert Murdoch’s newspapers in Australia last year. News Corporation launched a ‘Kick this mob out’ campaign, calling on the Australian electorate to vote out then Prime Minister Kevin Rudd and vote in Tony Abbott during its federal election. Mr Abbott won and is now Australia’s Prime Minister]

Rupert Murdoch’s media group received a $882m tax rebate from Australia last year in a revelation that is likely to reignite the debate over how much tax is paid by international corporations.

The payment by a “foreign tax authority” was revealed in accounts published by News Corporation in the US earlier this month and related to a $2bn claim by News Corp for historic losses on currency transactions by its Australian subsidiaries.

The payment was estimated to be worth $600m to News Corp but the final figure grew to $882m after interest charges.

It was one of the the biggest single factors in the multi-billion dollar federal budget blowout announced by Australian treasurer Joe Hockey in December.

Fax That To Tweetbook, Would You Wendi? 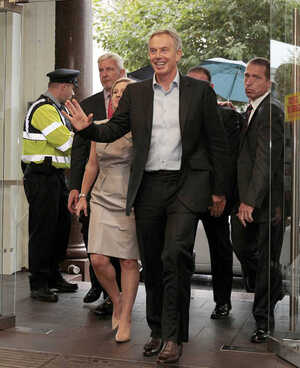 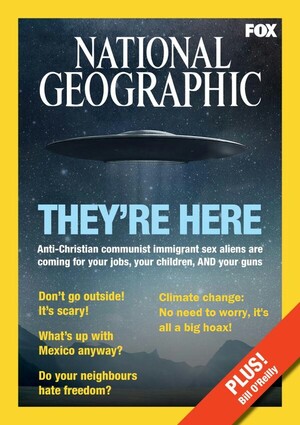 Anything Good On The Newsstands?