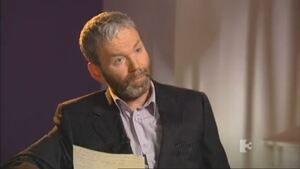 “I just want to say, in relation to Sgt [Maurice] McCabe that I believe that Commissioner [Martin] Callinan should be proud to have a member of the calibre of Maurice McCabe as a member of our police service and I am demanding now, in the public interest, on behalf of the Irish people, that Commissioner Callinan restores Sgt McCabe’s full access to the Garda PULSE system with immediate effect. And I am making that demand in the public interest.”

Garda whistleblower Sgt Maurice McCabe has been banned from using PULSE since mid-December 2012.

‘Somebody Has Got To Go To Jail Over This’