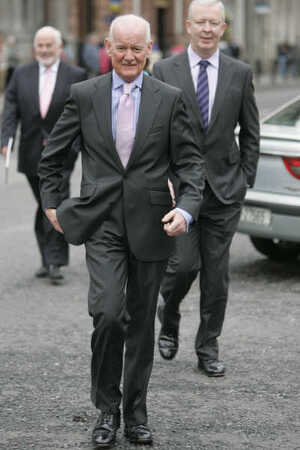 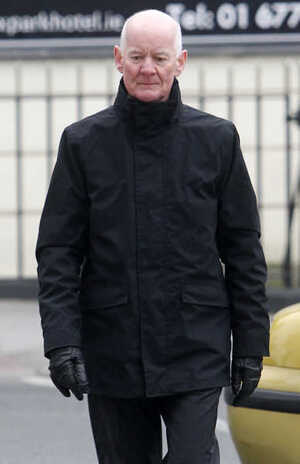 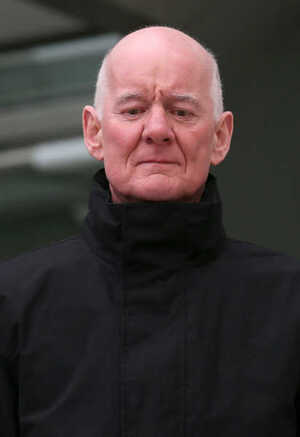 Former Financial Regulator Pat Neary in 2008, top, and this morning at the High Court in Dublin]

The years have not been kind.

This morning Mr [Pat] Neary said that he didn’t ask [Sean] Mr Quinn outright about his CFD [Contracts for difference] holding in Anglo because he didn’t feel it was “fair or appropriate” to tackle a person about their own private portfolio.
Earlier, Mr Neary said “no information whatsoever” in the Autumn of 2007 about the scale of businessman Sean Quinn’s stake in the bank, despite strong market rumours.
Mr Neary said that the first time he became aware of the scale of Mr Quinn’s indirect holding, built up through CFDs was on Good Friday, March 21st 2008.
.