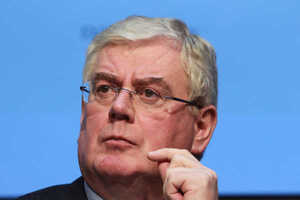 Gilmore: It would be “helpful” if Alan Shatter were to withdraw his remarks about Garda Whistleblowers

Gilmore: Shatter should ‘clear up’ his remarks on whistleblowers (Independent.ie)