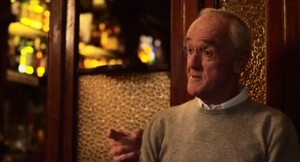 Frank Kelly at his best in a short film written by 2010 Hennessy New Irish Writer Madeleine D’arcy. ‘Dog Pound’ is essentially a monologue filmed in Kehoe’s pub [South Anne Street, Dublin] that captures that unique relationship between a patron and his barman [played by actual Kehoe’s barman – and Russell Crowe chum – Ian Murray]. The film has been nominated in the Galway Film Fleadh.

For Your Consideration: Prince Charming

For Your Consideration: Deposits

For Your Consideration: Anna’s Anchor