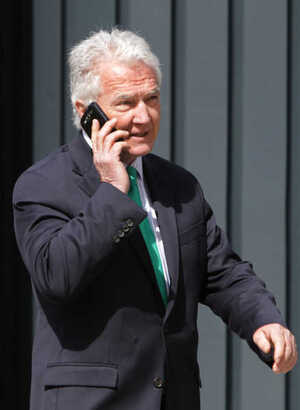 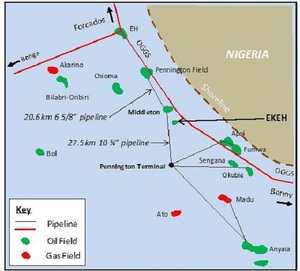 Last week’s Sunday Times reported how former Anglo Irish Bank Seán FitzPatrick’s legal costs – following the trial in which he was acquitted of 16 charges – are likely to amount be between €500,000 and €1million.

Journalist Mark Tighe reported how he asked Mr FitzPatrick – who is bankrupt – if he applied for legal aid.

Brian Harmon, a PR consultant who is also a lawyer and who accompanied Mr FitzPatrick throughout the trial at the Dublin Circuit Criminal Court, said Mr FitzPatrick had no comment.

Mr Harmon, who has previously acted as spokesman for Mr O’Brien, said Mr O’Brien had no involvement in the court case.

Separately, it was reported in The Sunday Independent that the sale of an oil field in Nigeria may help to pay off Mr FitzPatrick’s €110million debts to the former Anglo Irish Bank.

Mr FitzPatrick is a member of a consortium which owns the Nigerian Ekeh oil field, and Nick Webb in the Sunday Independent reported yesterday that Midway Resources has indicated that it wants to buy the field.

“The owner of the Ekeh field is a company called Movido Exploration, whose shareholders include Sean FitzPatrick, the former non-executive chairman of Anglo Irish Bank.”

“The other shareholders in the scheme are former Anglo director and ex-Dublin Docklands Development chairman Lar Bradshaw, oil engineer Jim O’Driscoll and a group of Nigerian business people and former military personnel.These include a former vice-admiral in the Nigerian navy, Victor Ombu. FitzPatrick, Bradshaw and O’Driscoll are believed to own about 39 per cent of Movido Exploration.”

You may recall chapter 12 of the book The FitzPatrick Tapes, (by Tom Lyons and Brian Carey). You must. It’s the one WITHOUT an index.

It tells how, in March 2009, Denis O’Brien lent Mr FitzPatrick and Lar Bradshaw – who both resigned from Anglo in December 2008 – his private jet and travelled with them to Lagos in Nigeria to convince the Nigerian businessmen involved in the project that he was good for his investment.

Mr Lyons and Mr Carey wrote “O’Brien and lent his jet and his support in order to soothe the anxieties of the Nigerian businessmen who had been following FitzPatrick’s tribulations in Ireland with increasing alarm and were losing faith in his ability to keep funding the well”.

Mr Lyons and Mr Carey wrote how Mr O’Brien lent the two men his private jet and travelled with them to Lagos to meet their Nigerian colleagues.