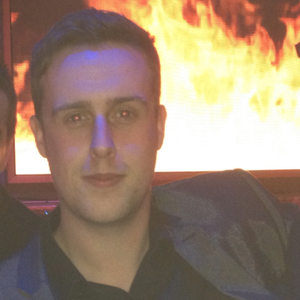 A week after I left hospital, I walked into Harcourt Terrace Garda Station and told the stunned detectives what had happened. They were, and still are, two of the most caring and sympathetic people I have ever encountered and I will be eternally grateful to them for how they handled my case. There had been a second fire in the complex and my conscience would not allow an innocent person bite the bullet for two fires. I had to do the right thing. Sometimes, I wish I hadn’t.

For the next 30 months, I went in and out of court sittings. From the District, then onto the Circuit, from mention to hearing to arraignment and finally to a trial date. I’d sit in the same rooms as convicted murderers, rapists and child abusers and would think: “Am I this person? I always thought I was a good person.” For those 900 days, I’d lie awake at night wondering what was to become of me. A conviction would cripple me – I would become a criminal for trying to take my own life. I wouldn’t be able to travel – my career would be in jeopardy as I wouldn’t have been able to travel. I felt I was being punished – I couldn’t understand. The ordeal weighed heavily on my mind and still does.

But on Tuesday, April 29, I heard the two most beautiful words in the English language: Not Guilty. Those words still echo in my mind and will remain with me for as long as I live. I could not look at the jury when they walked back into the courtroom. I can still hear them shuffling into their seats – a collection of 12 faces who would decide my fate. Clutching a holy medal which had adorned my pram as a newborn, I hoped there were a God, and if he existed, he could pull me from the brink. Then the registrar uttered those words – I looked at my father – tears in his eyes – and that’s when I collapsed onto the bench in front of me. All the stress, anguish, fear and panic flooded from my body.

I couldn’t contain my emotion – the next moment I had my dad embracing me with the words: “You’ve done it. It’s over. Now you can live your life. It’s over.” Smiles from the judge followed, then nods from the jury – now safe in the knowledge they made the right decision. In total, my court case took three hours – start to finish. It took three years for a date and less than an hour of jury deliberations to decide my innocence. A unanimous not guilty verdict took them 55 minutes. I feel bitter towards the DPP for bringing this case against me. My statement to the gardai comprised 80% of the evidence against me. We had stacks of medical reports detailing the genuine nature of my condition.

I’m a suicide survivor who beat this nation’s prosecutors- those who attempted to criminalise serious mental health issues. I’m reborn, a phoenix rising from the ashes. I’m not going anywhere. I have a second chance at life and you better believe I’m going to battle on until this country takes its head out of the sand and sees a society ravaged by depression. What sort of humane society goes about punishing suicide? Had I been found guilty, their message would have been clear: “If you’re going to kill yourself, do it right.” But thankfully I have air in my lungs and a new perspective.

Last night was the first time I have slept in a very long time. I want to thank all my family and friends for carrying me on this long trek. I could not have done it without you. There will be plenty of those out there who will disagree with me. But the one and only fact I can see is this: I was brought before the courts for trying to kill myself. My faith in this nation has been shaken. Maybe this country isn’t for me. But we’ll have to see. I’m going to be on this planet for a long time to come.

There Is Power In Speaking Out (Garreth MacNamee)