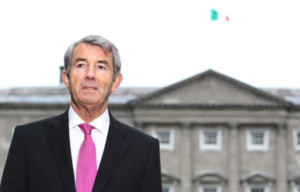 “A judge has thrown out a Revenue prosecution brought against a company owned by Independent TD Michael Lowry because a court summons was served at an out-of-date address. Judge John O’Neill ruled he was making “no order” in relation to criminal proceedings against Garuda Ltd, a refrigeration company owned by the former cabinet minister and
Independent TD for Tipperary North, which trades under the name of Streamline Enterprises.”
…
“Summons were issued by Dublin District Court on December 10th last and served by a garda at company’s accountants in Foxrock on January 16th. By then, Garuda Ltd had changed its registered office to Thurles, in Co. Tipperary but that information was not updated on the CRO’s website until January 14th.”
…
“[Ms O’Neill, for the State] said the Foxrock address had been Garuda Ltd’s registered office for 17 years, until it was changed in January. It was still their registered address on December 10th when the summonses were initially applied for, she had also said.”

Why Should I Pay?