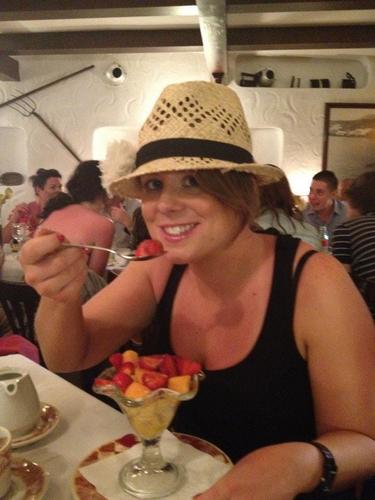 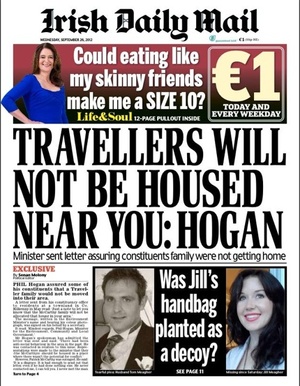 You may recall an Irish Daily Mail front page story about how Environment Minister Phil Hogan had written to some of his constituents in Kilkenny, telling them a Traveller family – Patrick and Brigid Carthy and their seven children – would not be moved to a house near them.

Phoenix magazine is this week reporting that former Irish Independent journalist Eimear Ni Bhraonain had the story for 10 days before the rival paper.

But her editors held off from printing it and only did so when the Irish Daily Mail was on the verge of publishing it.

“The Indo then received a dossier – from somewhere in the Kilkenny area – on the alleged crimes of Carthy (of a minor nature) and Ni Bhraonain was asked to pursue this angle with  vigour. She declined, having already determined from Gardai and social workers that the Carthys were not a problem family and because the newspaper, she believed, were trying to turn the real story on its head.“

Ms Ni Bhraonain is now taking a case of constructive dismissal at the Employment Appeals Tribunal against INM.

“I Didn’t Wilfully Or Any Other Way Mislead The Dáil”