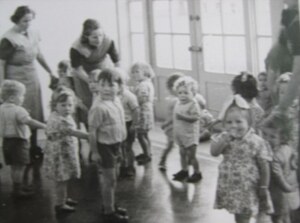 In 2001, the Commission to Inquire into Child Abuse was given the task of enquiring into the issue of vaccine trials on children in institutions.

This inquiry stopped, because of what the website of the Commission describes as a ‘judicial review’ case before the High Court.

Broadsheet: “Legal Coffee Drinker: What’s it all about?”

Broadsheet: “Why exactly was the 2001 Order held invalid?”

Broadsheet: “And was this an irreparable mistake? Could something not have been done to correct it, after the above decisions?”

LCD: “Yes of course. It would have been open to the Oireachtas, following the High Court decision holding the 2001 Order invalid, to pass an Act widening the definition of abuse in Section 1 of the 2000 Act to to definitively include vaccine trials. It would of course also have been open to the Oireachtas to set up a separate Commission to deal with the vaccine trials. There is nothing in either of the decisions above to prevent this; the court’s findings in both cases was simply that there was no jurisdiction to consider vaccine trials under the Child Abuse Act as it stood.”

Broadsheet:  “Can you explain why In 2010 then Minister for Health [Mary Harney] in the the Oireachtas  when asked why no attempt had been made to investigate the matter further stated:-‘Having carefully considered both the Court judgments and the High Court decision I decided that no further investigation would be carried out. It is considered that it was very likely that any further investigation would experience similar difficulties to those encountered by the Commission.'”

LCD:” I’m not sure why she thought that, given that the difficulties encountered were entirely due to the drafting of the 2000 Act, which could have been amended by the Oireachtas by an amending Act at any time – in fact an Act amending other aspects of the 2000 Act was passed in 2005! Perplexing…”

Broadsheet: “What do you think about the decision to include the vaccine trials within the remit of the Commission to begin with?”

LCD: [drains coffee] “I think it was unfortunate that the government who made this decision did not read the definition of ‘abuse’ in the Act and seek to widen it before doing so. It should have been obvious, given the wording of Section 1, that this was going to present problems which might – as ultimately happened – result in an issue of significant importance – and much debate at the time – failing to get any resolution.”

Broadsheet: “Yes. Thanks Legal Coffee Drinker. Just a bit of French there. Sorry.”