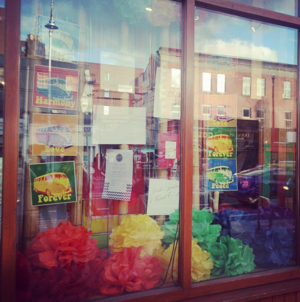 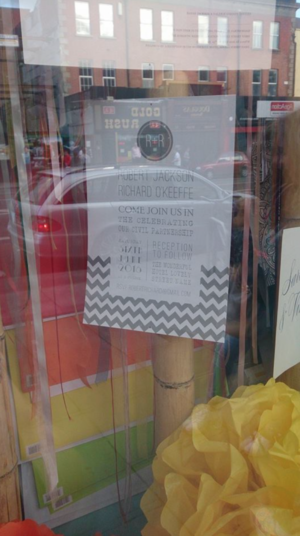 The window of Daintree Paper on Camden Street, Dublin 2

Just wanted to throw some love in the direction of Daintree Paper on Camden St, now under new management.

Former owner […] Paul Barnes generated negative publicity for Daintree last year because he refused to sell “any merchandise that promotes same-sex marriage” because of his Catholic beliefs. Barnes announced that he was selling the business a few months after that.

Now under new management, Daintree posted these pictures to their FB page this evening. The sample invites in the window display are for same-sex civil partnership ceremonies. Nice. I’m not affiliated with the shop, just really pleased to see this!

Previously: I Am Not Homophobic, I Am Catholic 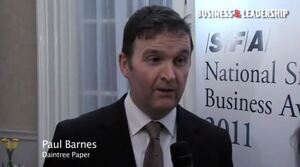 I Am Not Homophobic I Am A Catholic 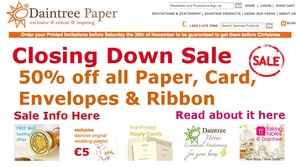