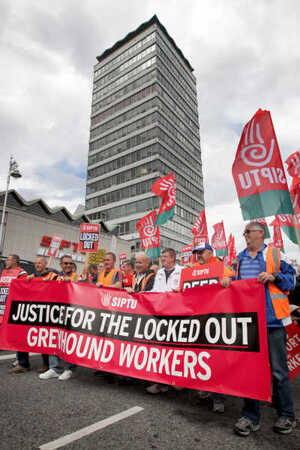 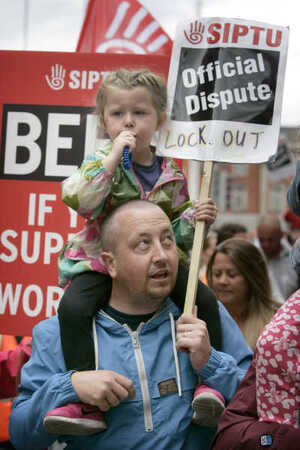 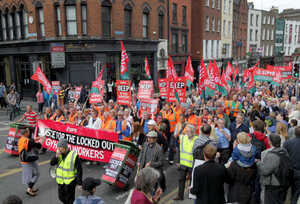 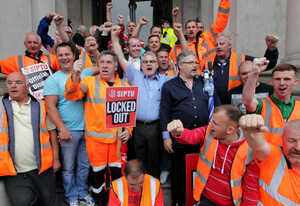 SIPTU members who say they have been ‘locked out’ of their jobs at Greyhound Recycling due to a pay dispute marched from Liberty Hall to City Hall [Dublin] where a contingent of Greyhound Recycling employees and union representatives met with council members last night.

SIPTU General President Jack O’Connor said Ireland was one of only a small number of countries in Europe operating private waste collection where the collection was organised on the basis of competition for the market rather than in the market.
Speaking on RTÉ’s Morning Ireland, he said if there was competition for the market, the work could be tendered out every five years or so, and companies tendering for that contract would be required to show their capacity to fulfil it.
Mr O’Connor said in Ireland that there is a “race to the bottom”.
He said there were 14 separate companies competing with each other operating waste collection in south Dublin alone, and this was not sustainable in the long term.

I am being asked to collude as a “customer” in the impoverishment of the men who collect my bins and their families. The destruction of a public service that maintained some level of decency has led to a no-holds-barred “competition”, in which rival waste companies compete for business.
Since bin-collection is bin-collection, the only basis on which they can compete is price. And since most of the costs are fixed, the only way to drive the price down is by driving up productivity, skimping on health and safety training and ruthlessly slashing wages. Hence, Greyhound issued an ultimatum to its workers to accept a savage pay cut from about €450 a week to €335.
This brutality affects those workers, of course, but it also affects the rest of us. We will end up subsidising Greyhound by paying family income supplement to some of those workers. But we’re also being forced to take part in the disgusting exploitation of fellow citizens. 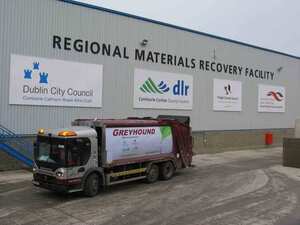 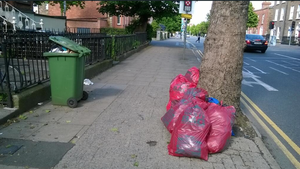 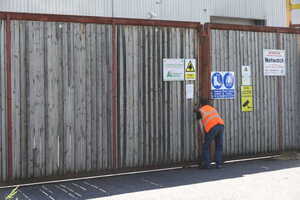