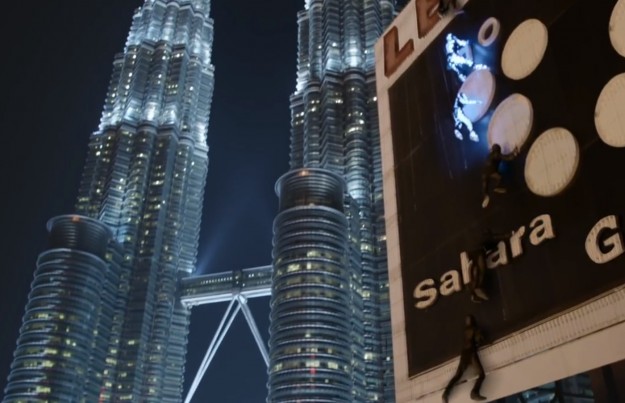 A figure dressed in a flashing LED studded suit performs an apparently impossible parkour routine in (and above) the streets of Kuala Lumpur by night.

The sequence – part of a Lexus promo series called Amazing In Motion – was achieved using a series of acrobats and martial artists in identical suits, suspended in elaborate rigs operated by a crew of hundreds. 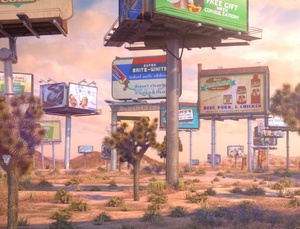 Animation: Love In The Time Of Advertising 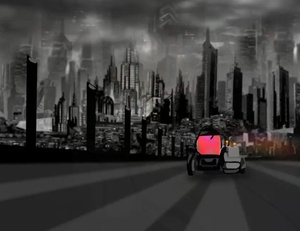 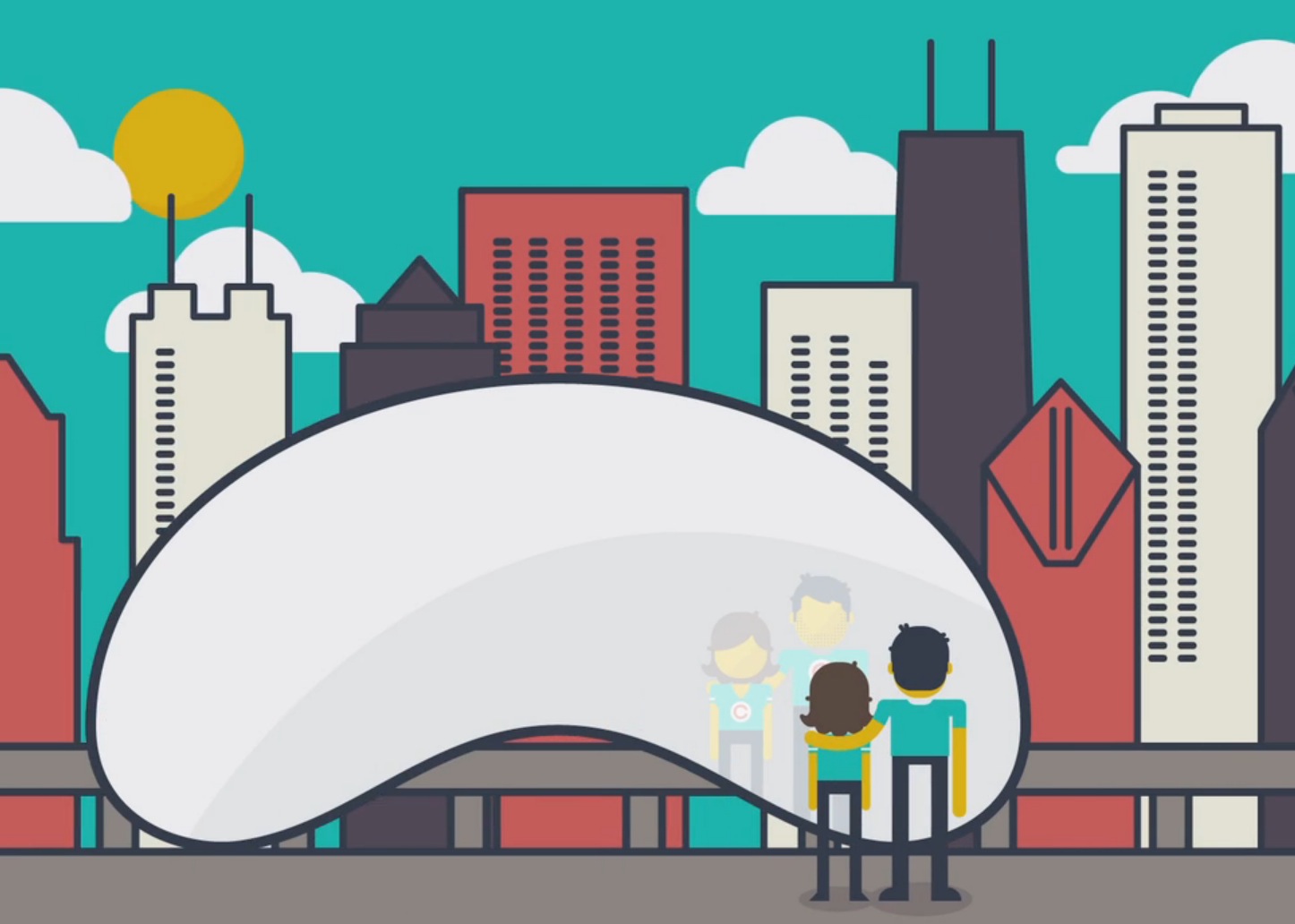