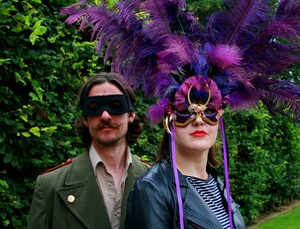 A production by Fool’s Fortune theatre company of Much Ado About Nothing.

In the Iveagh Gardens, Dublin from TOMORROW at 7pm and thence until August 17. Completely FREE.

“Aoibhéann McCann, who has just returned from London, in the role of Beatrice and Éinne Ó Connachtáin as Benedick. They will join a cast of over 25 actors, performers and musicians, who will continue the legacy of exceptional, unplugged performances in one of Dublin’s most enchanting venues.”

But is it still relevant? 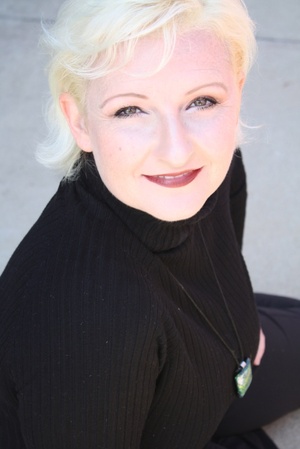 “I had not originally wanted to produce Much Ado About Nothing, but a conflict arose concerning my play of choice. As I started to work on Much Ado, I was shocked by how relevant it is to our culture today.

In the play, Hero, the young daughter of the Governor, Leonato, is falsely accused of having sex with another man the night before her wedding. What her fiancé sees is Hero’s maid, Margaret, having sex with Borrachio – and calling Borrachio ‘Claudio,’ loudly. Margaret is innocent in that she does not know that Borrachio has conspired with Don John to have Claudio and the Prince, Don Pedro, see this encounter. So two women are wronged to get at Claudio.

Margaret is tricked into ‘performing’ for these three men, and Claudio publicly shames Hero at their wedding by calling her a whore in front of everyone. Once hearing this, Leonato, tells Hero she should die because of her shame. (Like fathers who blame their daughters who are raped.)

All of the men in the play (except Benedick) believe each other and never stop to think what kind of person Hero really is – and the women of the play have no authority to counter this slander. Of course Much Ado is a comedy, so all’s well that end’s well, but the issues in the play are real and very prevalent today. Hero’s ‘death’ is like those young men and women who are killing themselves because of bullying and slut shaming online.

Look at what happened in Magaluf. All of the attention is on the girl but I’ve heard very little about how despicable ALL of those men were who tricked her. The ‘not all men’ idea is bullshit from top to bottom. All men should be defending the honour of their sex and not allowing horrible men to get away with these terrible acts, but as Beatrice says in the play: “…manhood is melted into courtesies, valour into compliment, and men are only turned into tongue, and trim ones too: he is now as valiant as Hercules that only tells a lie and swears it. I cannot be a man with wishing; therefore I will die a woman with grieving.”

If men don’t want to be lumped in with thugs and bullies, they need to stand up and say ‘No more!’ But they don’t, and women are left to defend our bodies, our honour and our reputations by ourselves. Good men are not getting involved in these horrible situations. In the play, Beatrice demands Benedick get involved – and he does, and that’s what makes Benedick worthy of a woman like Beatrice and it’s what makes Benedick truly honourable – because he takes action against his best mate, who has done a terrible wrong. We need that now in our society more than ever. We need all of us to act, not just to talk about it on Facebook.

I could go on and on about this. I think audiences are going to be surprised by what they see and I hope that they will see that as a community – as a group of people tied together by place, culture and dare I say values – that we defend each other and act out of conscience and compassion rather than our tempers and fervor for drama.

Much Ado About Nothing in The Iveagh Garden’s (Facebook)

The Tao Of Bill

24 thoughts on “My Offer Is This: Nothing”