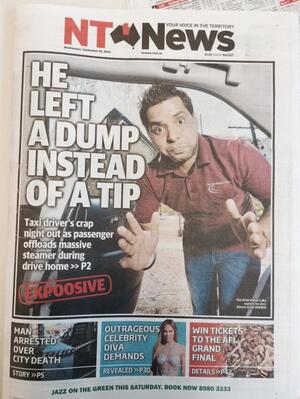 It’s front pages like this that makes me wish I took that job at the NT News in Darwin :) #shittysplash pic.twitter.com/PK4R0cQKim

Taxi driver Kishan Lalka knew his career would never be the same when he heard his passengers sniggering, the sound of pants being hastily buttoned, and a particularly pungent stench filling his ­nostrils.

The boys had asked to be dropped off at Bayview St in Fannie Bay. He said they were drunk, caucasian, and appeared to be Australian and aged in their early 20s.

“There was a smell in the car and one of the guys sitting behind me did a poo,” he said. Mr Lalka, a driver for two years, said the $8 fare was unpaid. “I had a real bad headache because of the smell,” he said. “When I sleep, I feel the smell. I didn’t have dinner last night.” 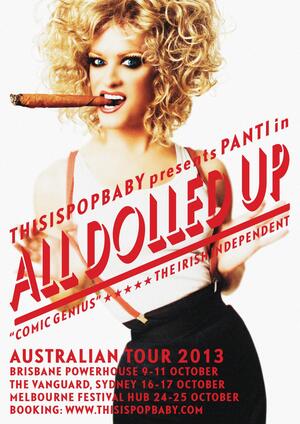 Are You Out In Australia? 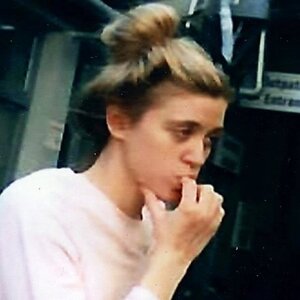 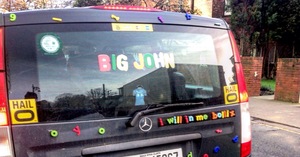 6 thoughts on “Anything Good In The Northern Territory News?”