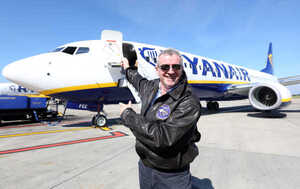 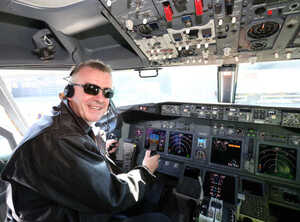 Ryanair boss Michael O’Leary with the first of 180 Boeing 737-800 Next Generation planes (worth $16 billion) ordered by the airline.

“The aircraft touched down in Dublin Airport after flying from Boeing in Seattle by Ryanair Chief Pilot, Capt Ray Conway. Ryanair will take 20 further 737-800 NG aircraft deliveries between September 2014 and July 2015, which will enable the airline to open more routes and additional frequencies on existing routes for Summer 2015.”

29 thoughts on “Meanwhile, At Dublin Airport”