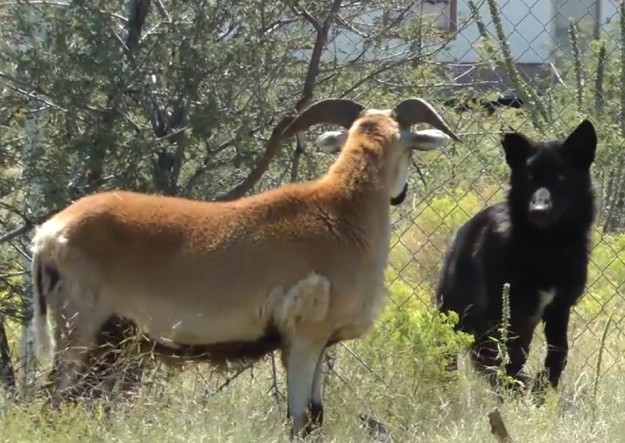 Seven month old wolf pup Lorne at animal rescue Camels And Friends in Arizona is introduced to a  ram of very specific temper as part of his socialisation. To wit:

Lorne is now five months old, coming on six. He has been introduced to sheep since he was seven weeks old and has been around the herd daily. Today, under strict supervision I decided to put him in with a semi-dominate ram to gauge his reaction to him. The reason I chose this ram was because he was dominate and willing to stand up to Lorne, but was not overly aggressive and dangerous to him (such as Octavian would have been). Likewise, most of the Ewes would have been a poor choice and triggered a flight response in the sheep, which then may have triggered a chase drive in Lorne, which could have resulted in his predatory nature kicking in- whether he meant the sheep harm or not.

Your Whole Life, Measured Out In Jelly Beans 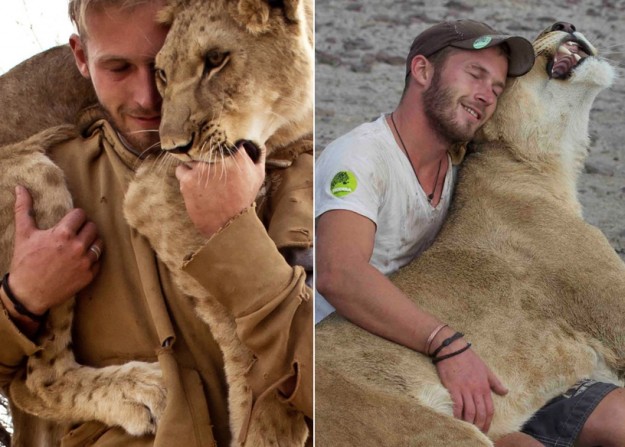 How ‘Bout A Big Hug?