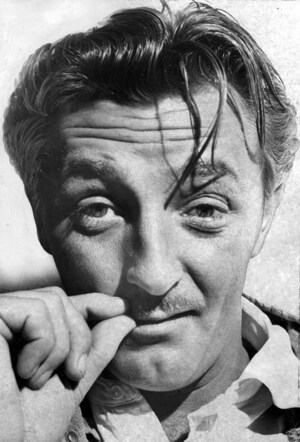 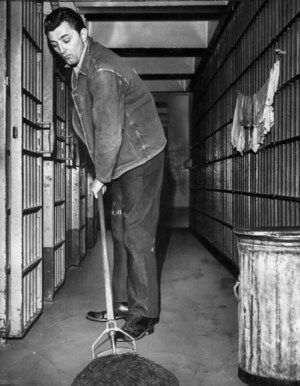 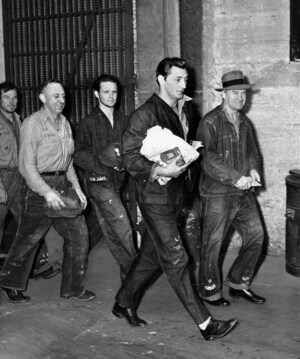 Sept. 1, 1948: Actor Robert Mitchum and starlet Lila Leeds were reportedly caught smoking marijuana during a police raid at the actress’ Hollywood Hills home. Two others were also arrested. Mitchum told police that he and another friend were in the neighborhood looking to buy a house when they stopped to visit Leeds and her roommate, dancer Vickie Evans.
The actor said he had trouble finding the home on Ridpath Drive, which one narcotics agent described as “ideally situated to be a ‘reefer resort.’ It is perched on a hillside, with no near neighbors, and well-screened by shrubbery,” The Times reported. Mitchum said: “The girls let us in and five minutes later Vickie went to answer the door and the police entered.”
Following his arrest, the actor “was by turns as full of remorse as one would expect from a top-bracket star,” the newspaper said. “At other times he was full of philosophy as one might expect from an up-from-the-ranks player who once said he arrived in California by bus with his wife and only $26.” Mitchum, 31, said at the time that the scandal was the “bitter end” of his film career. But the actor, who ended up serving a 60-day sentence, continued to make movies for years, up until his death in 1997.

Evans was later cleared of all charges by a jury. Actress Lila Leeds’ career was ruined by the arrest. She died in 1999.