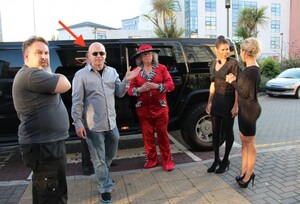 Further to the viral success of Mattress Mick’s latest, comparatively high-budget and most successful video (above) to date.

Mick didn”t get where he is today on his own you know.

Often overlooked in all the hoopla is Paul Kelly (above arrowed) whose video company ‘Shoot Audition’ is set up in the back of the Mattress Mick store in Pearse Street, Dublin.

“Just when I finished my film making courses in the Irish Film Academy. I was in the Yacht [pub] in Clontarf with a few of my friends, Jenny Dixon from [RTÉ’s] Fair City being one of my them.
It had been over 20 years since I met Mick and I was telling him what I was doing. Mick asked would I do videos to help his business. I smiled at Mick and told him we will make crazy marketing videos for youtube that won’t cost a lot. I told him I am going to Americanise you, put your face out there and make people laugh. That was three years ago. Today, all our dreams have come true…”

It’s Not All Bad News 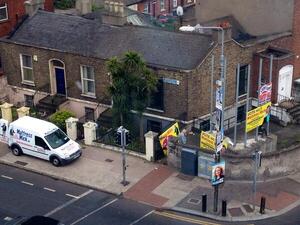 Going To The Mattresses