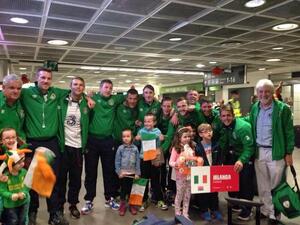 27 thoughts on “Meanwhile, At Dublin Airport”