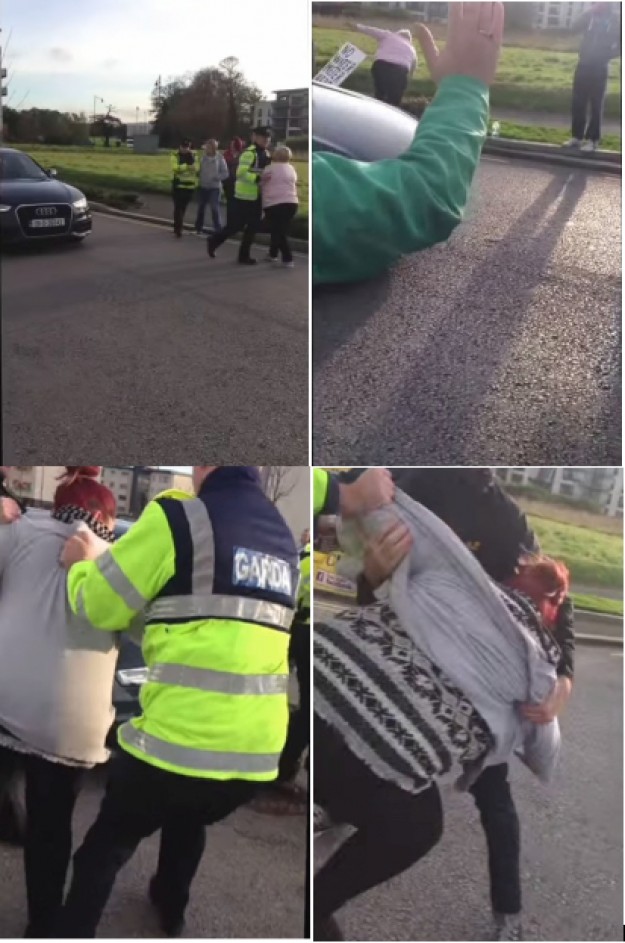 Screen shots from a video taken during Taoiseach Enda Kenny’s visit to Santry Sports Club in Northwood, Santry on Wednesday

During the interview, Mr O’Brien said it was reasonable to shove a woman out of the way and confirmed that gardaí are filming the protesters.

Jonathan Healy: “The one point I have to put to you is that, you know, we all know that a lot of people at these events have phones. There was one video that I saw the other day which appeared to show a woman being shoved by a guard and ending up on the footpath. And, you know, that kind of thing doesn’t help your cause.”

Dermot O’Brien: “No, look, people have phones, people record what’s going on. My members are used to phones and being recorded on a daily basis but you’ve to remember sometimes, incidents, they don’t get out of control, they’re within control of An Garda Síochána but they have to take control of the situation. Sometimes force has to be used. And people have to realise that. It’s an element of our job. It’s not a job that we, it’s not an element we like to have to do but it’s…

Healy: “Dermot I have to say this, it’s reasonable force rather than…”

O’Brien: “It is, totally Jonathan, reasonable force is correct.”

Healy: “And shoving some woman who was, you know, in a video I saw, she was not an elderly woman but a woman who would be in her later years being shoved, that didn’t seem…that didn’t…is that reasonable?”

O’Brien: “Well, to me, it is reasonable. The guard had to do his job, he had to remove the lady from in front of the…if it’s the same video that I think you have seen, he had to remove the lady and that was it. He has a job to do. I mean you have to..look, if this person wants to have protests, there’s ways and means of going about the protest and protests are taking all, going on all around the country. Protests can be organised in a reasonable fashion.”

Healy: “Ok. And just to finish up, do guards record protesters. There was some evidence recently that they have new little personal cameras that are on them and is that something you’re in favour of?”

O’Brien: “It’s…whether I’m in favour or not, I won’t comment. But what I’ll say is yes they are being utilised at the moment.” 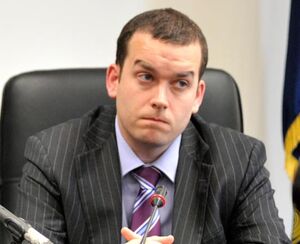 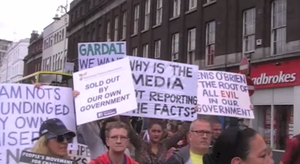 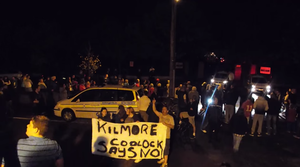