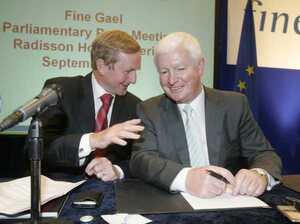 “Why must Government act as if it is a fucking dictator? We’re supposed to be a democracy but the last people asked how to do anything are the citizens.”

“There’s a lot of the didactic about him [Mr Kenny], almost the school teacher about him.”

“A Form Of Localism”

6 thoughts on “Outside The Tent”