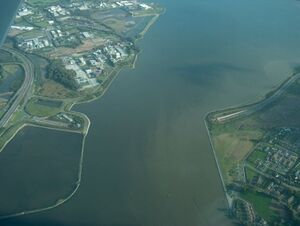 The River Lee in Cork above the Jack Lynch tunnel

Toll fears have emerged again following confirmation last night that the Jack Lynch Tunnel in Cork is to be ‘privatised’ within months in a deal believed to be worth up to €12m.

The management of the tunnel, which has been maintained by the city council since it opened to traffic in 1999, will be outsourced to Egis Road and Tunnel Operation Ireland (ERTO), the company which manages Dublin’s tolled Port Tunnel.

Running of Jack Lynch Tunnel to be outsourced (Irish Examiner)