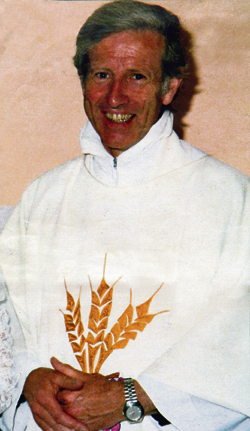 Justice Minister Frances Fitzgerald confirming that her department has received the long-awaited report into the 1985 death of Fr Niall Molloy.

“I Just saw your report on McGinn report on my Uncle Fr Niall Molloy’s case. This is a complete surprise to my family. We have sent letters to the Minister asking when the report would be ready and got no reply. Once again we have to rely on the Media for information on our case. It is insulting and only adds to the upset we have suffered for the past 29 years.
It also confirms that The Department of Justice is in dire need of reform starting at the top. Some basic lessons in courtesy, communications, and how to deal with sensitive issues would be a start.”