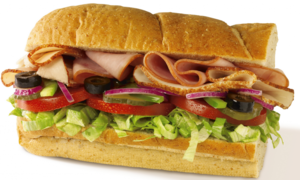 The O’Connell Street outlet is seeking two people to master the ‘art’ of sandwich making for 30 hours a week. Those hired will received an extra €50 per week under the scheme, on top of their existing social welfare payment.

The position is for nine months, and the advert highlights that a mentor will be assigned to the successful applicant.

“No Consoling One Without The Other”

Are You Dunne In There?