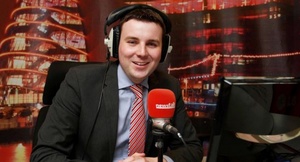 On June 27, 2014, Newstalk presenter Chris Donoghue – during a feature on the Gay Pride Parade in Dublin – said, in a referendum on same-sex marriages, he would vote in favour of changing Ireland’s legislation to allow for same-sex marriages.

This prompted a listener, Ray McIntyre, to complain to the Broadcasting Authority of Ireland (BAI).

According to the BAI, Mr McIntyre, “…states that there are also those who take a different view, emphasising the importance of marriage as a social institution designed to provide children with a mother and a father. The complainant states that it is not Newstalk’s role as a broadcaster, to act as a cheerleader for one side or the other in a matter of current public debate. He believes that this kind of conduct, if continued, threatens to make next year’s referendum a farce of epic proportions.”

The BAI upheld Mr McIntyre’s complaint in part, specifically concluding that, ‘It was the opinion of the Committee that the statement by one of the presenters that he would vote in favour of any forthcoming referendum on marriage equality and his stated impatience with not being able to vote immediately constitutes the statement of a partisan position by a news and current affairs presenter on a matter of current public debate, contrary to Rule 4.22 of the BAI Code of Fairness, Objectivity and Impartiality in News and Current Affairs.’

“It is an important part of the role of a presenter of a current affairs programme to ensure that the audience has access to a wide variety of views on the subject of the programme or item; to facilitate the expression of contributors’ opinions – sometimes by forceful questioning; and to reflect the views of those who cannot, or choose not to, participate in content. This being so, a presenter and/or a reporter on a current affairs programme shall
not express his or her own views on matters that are either of public controversy or the subject of current public debate such that a partisan position is advocated.”

“The decision of the Broadcasting Authority of Ireland is concerning for a number of reasons, not least the imposition of election campaign rules at a time when there is no campaign. As it stands no referendum has been called, a referendum commission has not been established and no date has been set.

Secondly the decision came on the day when an authority member was in the national newspapers saying that a quorum could not be met for meetings of the BAI as the Government has failed to make appointments.

This raises serious governance issues which must be clarified, we need to establish who is calling the shots at the BAI and is behind these rulings.

Open debate and commentary on the issues of the day has always been a hallmark of Irish democracy, the stifling of views is something we normally associate in closed countries where there is no free press.

I will be raising this issue in the Seanad and support the efforts of media organisations and journalists in seeking further information on how the BAI is interpreting current broadcast legislation.”

That Shut You Up 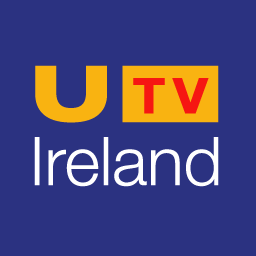