Women in college are four times more likely to be sexually assaulted than any other demographic. But most college women, myself included, don’t report incidents for reasons such as denial, fear, or just plain old confusion. The media presents rapists as being satanic old buck-toothed men with axes in hand, but that’s not always the case. The unwanted hook up in your own dorm room with a friend you’ve known for months can be, and in many cases is also rape….

…Having only been in Dublin a few short months, I still naively thought that I was going to leave this county in four years with a university degree and nothing else. Maybe that’s why I didn’t think twice before opening the door upon hearing the sharp buzzing of my apartment doorbell that woke me one November night. His pupils were dilated, his body shook with energy, and his breath reeked of alcohol. He knew what he wanted and he knew that I could do nothing about it. I resisted for a while, but after very quickly realising my sporadic attempts were being made to no avail, I stopped. I was emotionless, at least that’s what I told myself. I waited what felt like hours for it to be over. Eventually, his friend phoned him and he left “for something better”.

I didn’t tell anyone that night. I didn’t tell anyone the next day or the day after that either. For months, I stayed quiet. Over a year later, I’m still not sure why I stayed quiet. I suppose I didn’t want to admit that something so unthinkable could have possibly happened to me, but mostly, I was so horribly afraid of what he would do. I have spent every day since in denial, shame, regret, and more than anything, fear. I have denied myself the opportunity to heal by hiding in my self-created shadows of shame. Rumours still exist in my circle of friends that I was the one that took advantage of him because I was sober. I guess I was just too polite or passive or something to justify sticking up for myself, but in hindsight I regret not screaming the truth. But when I go to sleep every night, I don’t think about any of that. I think of him. The image of his face exactly as it was that night will never escape my mind, and it will never cease to terrify me. To this day, I haven’t done so much as kiss a boy without being physically ill within 24 hours. And I probably never will.

Personal expression could be the element, if any element exists at all, that will be helpful. I have spent over a year in nearly complete silence, and that was over a year too long…

More here: I Could Be Anyone: The Aftermath of Rape (Trinity News) 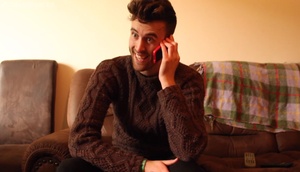 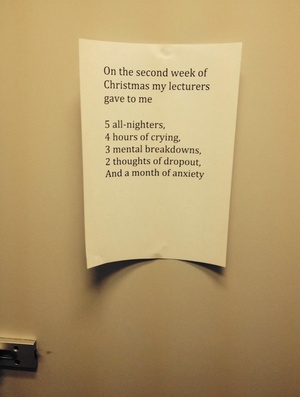 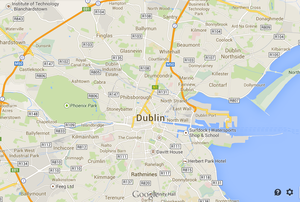 51 thoughts on “A Student Writes”