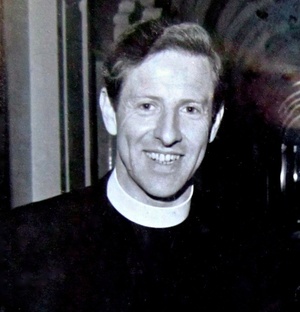 Fr Niall Molloy who was killed in Clara, Co. Offaly in July 1985

You may recall how the Sunday Times reported on November 30, 2014, that senior counsel Dominic McGinn’s examination of the Senior Crime Review Team’s report relating to the death of Fr Niall Molloy concluded that there was no evidence to support allegations of a cover-up.

The Senior Crime Review Team’s report was carried out on foot of the work by former Irish Independent journalist Gemma O’Doherty and Fr Molloy’s family.

Mr McGinn’s report into the SCRT report has yet to be published and, only last week, Justice Minister Frances Fitzgerald told the Dáil, again, that she is still in consultations with the Attorney General about whether to realease it or not.

Further to this, the Roscommon Herald reports this week that relatives of Fr Niall Molloy are to take a case to the Information Commissioner seeking Department of Justice records.

This move comes after previous requests for access to any records held by the Department of Justice in relation to Fr Molloy, under the Freedom of Information Act, only yielded records from 2010 onwards.

A nephew of Fr Molloy, Henry McCourt, who requested access to Department records, said the family was left with no other option. “We feel that unnecessary obstacles are being put in our way. Some of the information that we received on appeal should have been given to us in the first instance as it related to family correspondence,” Mr McCourt said.

“We’re not being given access to records before 2010 and at this stage we feel we’ve no other option but to go to the Information Commissioner,” he added.