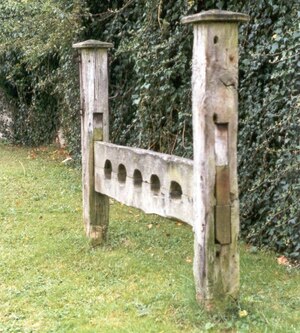 Convicted of witchcraft and assorted sorcery in the 17th century.

A wicked miscarriage of justice.

In what is believed to have been the last witch trials in the British Isles, the women were convicted in a Carrickfergus court over 300 years ago and spent a year in prison, as well as being put in the public stocks.

Renowned Irish novelist Martina Devlin has penned a new book on the subject, and she also requested that Larne Borough Council erect a small memorial to the women.

….But TUV Alderman Jack McKee has decried the proposal as “anti-God” and said he could not support it.

According to minutes of a council meeting in January, Ald McKee said he “could not tell whether or not the women had been rightly or wrongly convicted as he didn’t have the facts and was not going to support devil worship”.

The Vertue Of The Coffee Drink