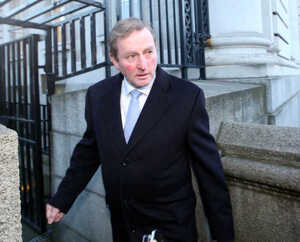 Enda Kenny goes to Brussels today to meet European leaders . He is “not expected to use the meetings to plead for Irish debt renegotiation” despite this being the perfect time and opportunity.

But he is “expected to strongly defend Ireland’s corporate tax regime at a meeting with Mr [Jean Claude] Juncker”.  Good times.

Earlier: Making A Drachma Out Of A Crisis

Meanwhile, In The Birthplace Of Western Civilisation

That’s A Lot Of Feta 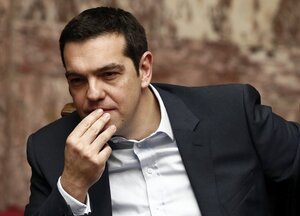