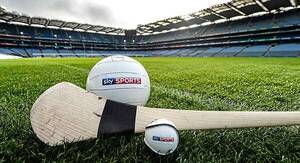 On April’s Fools day 2014, the Gaelic Athletic Association announced a 3-year broadcasting deal with Sky Sports. The deal involved the sale of exclusive rights to a portion of championship games.

The plan didn’t really come together.

Dr Paul Rouse (School of History and Archives, UCD1) is the author of The Impact of Pay TV on Sport

Although the GAA hierarchy has sought to portray the deal with Sky as a success and consider the reaction of people in Britain to be ‘a vindication’, the reality is, at best, much more complex – and one might legitimately arrive at entirely the opposite conclusion. After all, what we now know is:

Viewing figures for showcase GAA games in Ireland collapsed; The supposed new service for Irish emigrants in Britain, not only already existed, but did so in a more extensive way; Irish emigrants wishing to watch Gaelic games in Britain must now pay much more than was previously the case; The part of the deal which allowed the broadcast of matches on TV in Australia no longer exists and there is no plan – in any real sense of that word – for internationalisation.

From LA To GAA: A Tale Of Two Fans

The Sunday Game: FINISH HIM

14 thoughts on “Believe In Better”