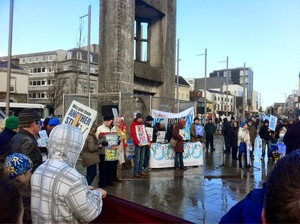 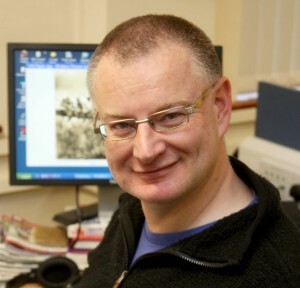 Why are we not getting the full picture about the Irish Water protests?

Galway-born journalist Ciaran Tierney was a reporter with the Connacht Tribune for 22 years.

Maybe it’s the circles I move in or some of the events I happen to attend, but I keep hearing people denounce the current state of Irish journalism in the midst of an undercurrent of anger and frustration over recent weeks and months.

You might argue that it’s very unlikely you would hear anything good about the mainstream media or the Government at a protest march against Irish Water on a Saturday afternoon or a meeting about the same issue in a hotel room two nights later.

What surprised me in Eyre Square last Saturday week, though, was how few journalists attended a march which attracted hundreds of protesters on a bitterly cold afternoon. Despite all the demonisation, hundreds marched through the city centre to show their opposition to the Irish Water ‘quango’.

Journalists have lives, and need their free time, but when newsrooms cut up to a third of their staff it’s inevitable they will have fewer reporters on the ground.

Working for one of the country’s largest provincial papers, I always took some pride in how much coverage the Connacht Tribune would give to protest campaigns and groups.

If I attended a demonstration in solidarity with the people of Gaza, a march for women’s rights, for turf-cutters, or against austerity, it was heartening to know that the news editor would be happy to take a few hundred words for the following week’s paper.

If a paper lets a third of its editorial staff go, however, it becomes inevitable that there will be fewer bodies available to give publicity to those whose voices may not otherwise be heard. Throughout the country, many newspapers have let staff go in recent months and years.

During November, as I recovered from surgery, a friend gave me a box set of The Wire, one of the best TV series ever made. The final season of the programme focuses on the city’s newspaper, the Baltimore Sun, and so many issues facing the US journalists a few years ago have since gripped the newspaper industry on this side of the big pond.

How can you cover two courts if one of the two staff court reporters has taken a ‘buyout’ (the US equivalent of a voluntary redundancy)? How can fewer people produce more, which became a mantra for senior management at the Baltimore Sun?

And how can morale remain upbeat if you watch a third of your work-mates leave by the exit door, leaving empty desks and unfilled specialities in their wake?

was lucky enough to be paid to write for a newspaper for over 22 years and I hope to do so again, but in the age of the Internet, social media, and so many cutbacks across the industry it seems that many readers have lost trust in the mainstream media.

This week’s arrest of anti-water charges protesters is a case in point. If people found it objectionable that so many Garda resources were put into arresting a few politicians in dawn raids, then how come their voices were not heard on the national airwaves?

If people see Gardai being heavy-handed with protesters on social media, only for the protesters to be labelled by members of the Government as the “sinister fringe”, then why would people not trust their Facebook feed more than the information they are fed from the national media?

Rightly or wrongly, RTE are seen to ‘massage’ the figures of those attending protests against Irish Water across the country. They highlight abuse by a vocal minority of protesters, but video footage of Gardai being heavy-handed with the same protesters in housing estates (widely circulated on YouTube and Facebook) rarely makes it onto the TV screens.

If the role of a journalist is to keep a check on those who wield power, then no wonder so many people have lost trust in the media. Much of what passes for journalism is little more than pro-Government propaganda.

People know that 2,200 people were needlessly murdered in Gaza last Summer – and yet they only saw anger being expressed at protests and through social media, rather than on our national TV station or in the national papers. Hundreds upon hundreds marching for the people of Palestine was not deemed an important news story.

Over 100,000 marched against water charges last October, but all some Government Ministers and national journalists wanted was a chance to demonise them.

The vocal protests against President Higgins provided perfect ammunition for their ‘spin’ and took all the focus off the ridiculous salaries and bonuses being paid to senior executives at Irish Water.

Readers find it hard to trust journalists if they feel their bosses have a vested interest in maintaining the status quo, or a financial interest in installing the water meters in estates throughout the country.

Those who wield power have an interest in stifling protest movements, as Paul Murphy TD (Socialist Party) discovered when he was hauled from his bed at 6.55am on a Monday morning.

Did it really take six Gardai to arrest the diminutive Mr Murphy for a protest which took place three months earlier? It’s not as though he had been in hiding since November, so the Gardai were well aware of where he lived and worked. He can usually be found in the Dail on a weekday.

And how many journalists questioned this use of State resources at a time when our hospitals are overcrowded and there is a homelessness crisis in our major towns and cities?

I spent four hours in a crowded A&E on Wednesday and could not help thinking about how many resources were wasted on arresting and detaining four protesters the previous morning. No wonder people are cynical when we never see six Gardai calling to the house of a disgraced banker, politician, or developer.

Of course there are honourable exceptions in the media. Fintan O’Toole in The Irish Times and Gene Kerrigan in the Sunday Independent are never afraid of questioning or challenging the powerful in Irish society.

But many people have told me in recent weeks that too many journalists view Irish society through the same prism as the Government Ministers they write about each day.

They drink with them in the Dail Bar and meet at functions where they rail about the “sinister fringe” who dare to wield placards outside. When Sinn Fein bring a Dail motion in solidarity with the people of Gaza, they are labelled as cynical opportunists.

Meanwhile, frighteningly, if papers like my former employers continue to let staff go there will be fewer journalists around to witness what’s really happening at protests, marches, and campaigns in cities and towns throughout the country.

If the Gardai or RTE underestimate the numbers at protests, who is going to challenge them if there are no ‘neutral’ people available to report the facts on the ground?

When a news editor decides that a five day old video of an idiot hurling abuse at the President should be the main item on the national evening news, where are the voices who can object to such a blatant abuse of power?

And where are the journalists who challenge why anti-austerity protesters are being arrested while corrupt bankers and politicians (who bankrupt Ireland almost five years ago) are still allowed to operate with impunity?

Of course Irish journalism is not dead yet. But this perception that double standards abound (allied to the clear difference between what people see on social and mainstream media) has added to the anger and cynicism across the land.

The Death Of Journalism? (Ciaran Tierney)

46 thoughts on “Where Are The Journalists?”