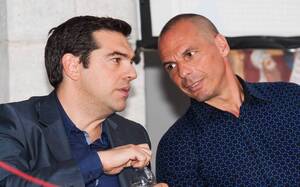 Making A Drachma Out Of A Crisis