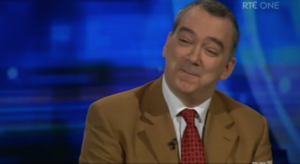 Sir, – Patsy McGarry in his report on a debate on the upcoming marriage referendum has misrepresented two things I said in my 15-minute speech in this debate (“Historic marriage equality debate held at King’s Inns”, February 20th). First, he reports that I said that a Yes vote would lead to marriage being abolished and no longer existing. What I said was that marriage, as it now is, and historically has been understood, as a union of one man and one woman, would no longer exist.

The Sad Face That Made Me Sad

35 thoughts on “Corrections And Clarifications”