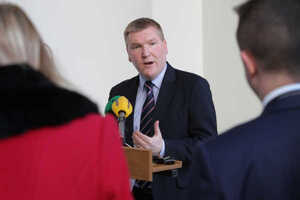 A bill that proposes removing the bank veto on “proposals to restructure a family home mortgage through the personal insolvency process”.

“The banks have really ramped up repossession actions in recent times. The rapid rise in house prices in 2014, particularly in the Dublin region, has given them the opportunity to substantially reduce the losses they would face from selling a home in mortgage arrears.

Banks are using a variety of tactics including direct court action as well as selling off parts of their loan book, a method that essentially amounts to outsourcing of repossession

.As it stands, in the absence of a significant legislative initiative, the 37,484 people in arrears for more than two years are at a very high risk of losing their homes. That is why we are appealing to the government to accept the legislation we are bringing forward today to give families a fair chance to put in place a restructuring arrangement that will allow them to stay in their home. [Under current legislation repossession proceedings must be commenced by civil bill]

In 2014 a total of 8,164 civil bills for an order of possession were lodged in the Circuit Court. In general these cases are heard by the county registrar. While there are excellent county registrars throughout the country, their role is essentially procedural and it is not a suitable mechanism for dealing with what is essentially a very sensitive matter of an action to repossess a family home is.

Last week in the Seanad, Minister Kevin Humphreys stated “if all of these cases were to heard by a member of the Judiciary, it would have significant resource implications for the courts.”

He essentially accepted that the massive wave of repossession actions the state is witnessing cannot all be heard at circuit court level denying families an opportunity to put their case forward.

At the moment the Insolvency Service of Ireland is being completely underutilised. Fewer than 1,000 cases were processed in the first year when it was expected to be 15,000. We would utilise the insolvency structure that is already in place in order to allow people who have fallen in to arrears on their mortgage to get an order specifically relating to the family home….” 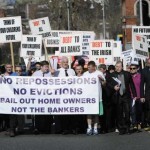 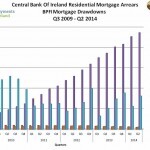 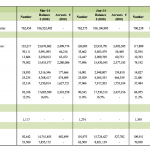