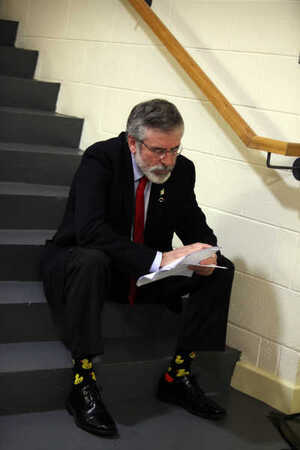 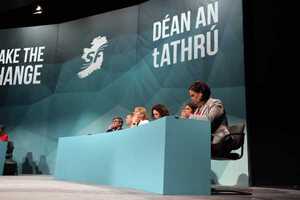 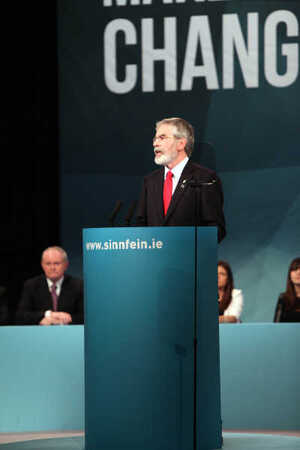 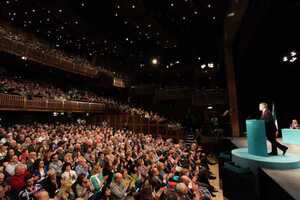 The closing of the Sinn Féin ard fheis in The Millennium Forum, Derry

“The economic crisis and austerity policies of Fine Gael, Labour and Fianna Fáil have forced half a million of our people to leave. It’s time to bring our emigrants home,”

Sinn Fein’s goal was to build a real all-island Republic, adding people North and South realised it made no sense to have two health systems, two education systems and two currencies.

Mr Adams also said the party’s ideals were resonating with the electorate and that was why it was the focus of attacks from Fine Gael and Labour.

Earlier, a motion calling for abortion in limited circumstances passed at the party gathering in Derry. 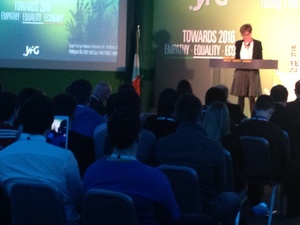