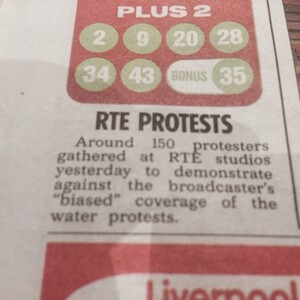 Love the amount of space given to the protestors latest march in yesterday’s Irish Sun, although still less than they deserve…