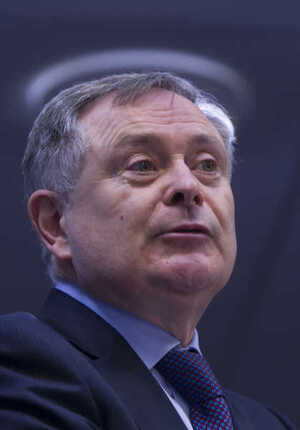 You may have missed The Media Show presented by warm-throated business journalist Conor Brophy on Sunday night on RTÉ Radio One.

Irish Examiner columnist Michael Clifford and Minister for Public Expenditure Brendan Howlin (above) engaged in a civilised but revealing debate about the current media-government interface with a critical Mr Howlin wondering why the press is “obsessed” with ministers who break pay caps for advisors. Hmm.

Is There Anything Left?