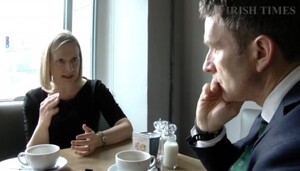 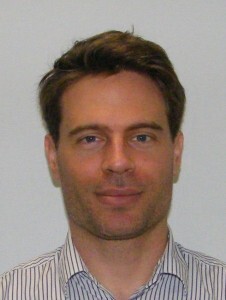 How do you sell another right-wing party like Renua?

With a little help from the people behind Mr Tayto and the man from the Irish Times.

What’s the link between Renua, Tayto crisps, Diageo and Baileys? Answer: they’re all sold to us by the same marketing firm and consultants.

To come up with its name and image, Renua hired Noel Toolan, a marketing consultant with extensive experience in promoting alcohol products, in particular for Diageo with whom he worked for many years, while serving as Head of worldwide marketing for Baileys.

Renua also worked with a brand-design firm called Dynamo, which has been doing the branding work for Tayto crisps among others. They state on their website that “We have been associated with everything Tayto for over a decade… from the much talked about Tayto Chocolate bar to product innovation with Tayto Nuts Tubs and Tayto Popcorners.” They also work to promote alcohol products like Bulmers “to grow the brand from Irish market to the rest of the world,” of which they “are massively proud.”

This is what politics has become today. Politicians hire marketing agencies to promote them the way crisps and beer are promoted. Of course, that doesn’t exactly lead to meaningful public debate.

But from the viewpoint of those in power, it’s a pretty good strategy. The electorate is now disillusioned with the political establishment due to the harsh austerity of the last few years. There is thus space for new parties to come into being and gain in prominence.

Who knows, maybe Lucinda Creighton is a better manager than Enda Kenny to implement right-wing policies. Maybe a new face will reduce popular protests for a while. A segment of the establishment may thus want to put its weight behind Renua, thinking that it will better serve its interests.

It’s almost impossible for Renua, however, to distinguish itself through its policies, because they’re essentially the same as those of the other main parties. So they need to focus on empty statements, on coming up with a new logo, with new colors, a new slogan, new faces, etc. Anything that means nothing but looks good will do. And on those grounds, Renua may not have done so poorly.

Especially since the new party has received a big promotional boost from the media. There are many examples, but let’s stick to Ireland’s newspaper of record, the Irish Times, and in particular Harry McGee, its political correspondent.

McGee praised Renua as “well organised, highly-motivated and focused” as well as “ambitious.” There is also “little doubt” about Lucinda’s “abilities as a politician.”

In an article that pretends to be investigative journalism, entitled “Renua: The Making of a Political Party”, he went out of his way to present the party in a positive light, with the Irish Times in effect acting as an advertising agency.

The Times even made a 12-minute video about how Renua came into being, interviewing its leaders, advisors and ordinary people telling us how great and trustworthy the party is. Watch it and read the article, and see if you laugh or cry:

The article shows that the Irish Times is not in the business of challenging power but rather on a mission to glorify it. In the video, Harry McGee has tea with Creighton, asking her soft, irrelevant questions that make her look good while the cameraman is busy capturing her smiling in just about every possible angle.

The camera then follows Creighton everywhere, showing her as dynamic, decisive, caring and likeable. McGee also talks to people at Dynamo and he tells us about the artistic process to conceive the logo and all the details involved.

But beyond that, what do we know about Renua? It’s yet another right-wing party in the country and it labels itself as pro-business and pro-entrepreneurialism. Looking at its website and that of Lucinda Creighton, its leader, a few things are clear:

– Renua is empty: it’s striking how the whole project is based on vague and meaningless statements. One of the party’s “core beliefs” is that “There is no greater moral and political issue than securing the future of children.” Every policy point and strategy is about as imprecise as that.

– Renua has no understanding of economics: Creighton’s website states that “The current Government did a good job of stabilising the economy after it was destroyed by Fianna Fáil.” She was also once quoted as saying that “austerity and growth were not incompatible.” It would be hard to come up with more incorrect claims. In fact, the current government crashed the economy by implementing austerity, which by now should be clear to all.

– Renua has hyper pro-business values: its website states that “RENUA Ireland believes in a society that encourages families, communities and businesses to embrace an ethic of enterprise and improvement.” A family based around an “ethic of enterprise”? Wow. Is that when family members have to bill each other for favours?

– Renua is full of contradictions: a lot of statements are designed only to appeal to the electorate, like saying they believe in “real family values”, children, communities, etc. But those have been attacked continuously under austerity. Not so long ago, Creighton said that she supported government spending cuts because “the Government has no choice. We have no option but to proceed and implement the decisions that were announced in the Budget.” “We have to face up to the difficult decisions that have to be made,” she said. “That’s what we came into government for. It’s obviously not going to make us popular, but we have to do it.”

On top of that, Renua will keep water charges. That obviously doesn’t help families, children and communities. But maybe some people can be convinced otherwise, if Harry McGee and the Irish Times keep working hard on it.

@JulienMercille will appear at the Banking Inquiry this Wednesday to talk about the role of the media in the economy. He is lecturer at UCD and the author of The Political Economy and Media Coverage of the European Economic Crisis: The Case of Ireland.

54 thoughts on “Mercille On Monday”