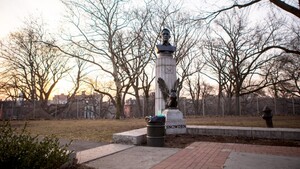 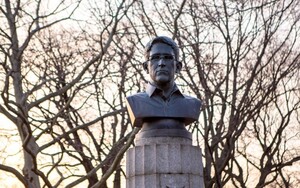 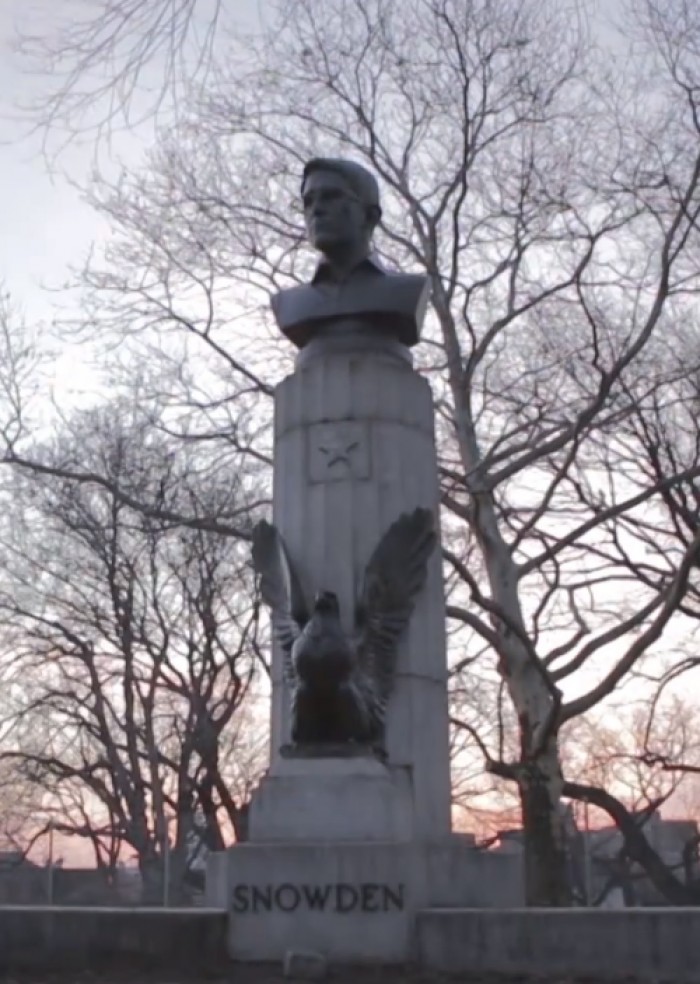 A 45kg bust of whistleblower Edward Snowden fused to a US Revolution war memorial in Fort Greene Park, Brooklyn.

Installed on Monday morning by an anonymous trio of artists, the bust was subsequently covered by a tarp and removed by the NY Parks Department.

The perpetrators have a mould and plan to release further Snowdens.

The Best Bands That Never Were

6 thoughts on “Statue Of Liberty”