A letter from FEARGUS all the way in Waikanae, New Zealand.

Sir, – I read Una Mullally’s piece “RTÉ referendum memo sends out the wrong message”, (Opinion & Analysis, April 6th) in disbelief. It is many years since I worked in RTÉ but the memo she reports is by my memory quite simply bog standard.

The only difference that separates this version from that issued in my own days there is the onward march of technology, to wit social media, so-called.

I thought the passage of time might have coloured my memory, but no.

I have checked with a friend, a former senior editorial executive, who has assured me that I remain compos mentisand “it’s a restatement of the usual”.

Ms Mullally is outraged. I see the memo differently.

First, it provides a protection to the RTÉ workforce.

Second, and by far the most important aspect of a long-standing policy, it offers – or is intended to offer – some assurance to the Irish public that the organisation and its broadcast services can be trusted to be what public representatives intended when, in 1960 and periodically since, they enacted and amended laws establishing and maintaining RTÉ as a national public service broadcaster. Specifically that voters can trust its coverage during a campaign.

The stopwatch and other aspects of RTÉ’s house policy on electoral and referendum coverage during the official contest period is not only “the usual”, it is necessary. This is not about the Angelus, “young researchers frightened about job security” or any other coats trailed in the piece.

It is about RTÉ and the law (the Broadcasting Acts) and integrity (RTÉ as a public service broadcaster) as they relate to the critical moment of the democratic exercise.

Voters deserve the assurance that neither a very powerful public body nor its staff are being anything other than scrupulously disinterested during the referendum campaign. I don’t know whatThe Irish Times policy is, though it appears to be different, but then it is not a public service. – Yours, etc, 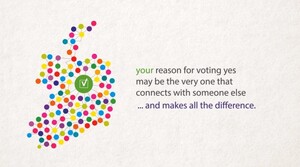